The European Ecosystem of Racism and Islamophobia Project 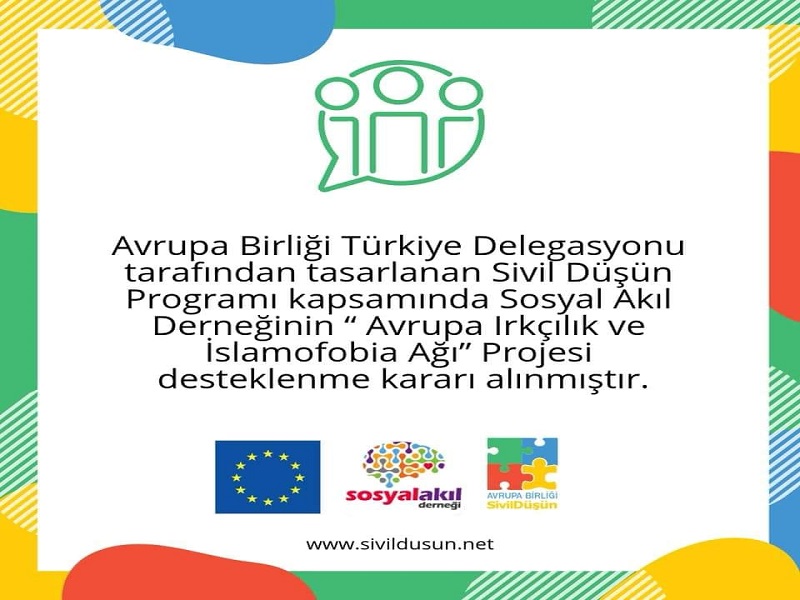 The European Ecosystem of Racism and Islamophobia Project

Objective of the project

Many people and Muslims from different races living in Europe have been exposed to some discrimination in their ethnic identity and religious preferences. This discrimination is concentrated in the areas of work, education and housing. Islamophobic attitudes toward Muslims are becoming more and more common.

Racist and Islamophobic approaches that are often encountered in some of the established societies in European countries can be explained by foreign hostility. In particular, the behaviors exhibited and reaching hostility toward Muslims can also be directed toward migrants and minorities. Although there is no clear data on religious-based events, the threats, physical attacks and acts against Muslim institutions have led to Islamophobia's presence and spread.

The project "European Ecosystem of Racism and Islamophobia" was implemented by the Social mind Association within the scope of the "think Civilian" program of the European Union Turkey Delegation. 26 institutions have been visited in 5 different countries in Europe as part of the project. It is based on the segregation of institutions, problems encountered and solutions, awareness studies, good practice examples. Impressions and experiences have been reported in the creation of a network on racism and islamophobia.

The report prepared after the project has been shared with the relevant organizations. In addition, upon the proposal of the Foundation for living (OR), our experience in the project was transferred to a foundation in Strasbourg, France, where they worked on immigration and refugee issues.

The success rates of Muslims and minorities living in Europe are below average. Unemployment rates in these groups are also above average. Housing conditions are also below average. Minorities and Muslims are often employed in low-skilled jobs, with low wages. In particular, the young population in these parts is also exposed to various discrimination on social issues. Therefore, hopelessness and social exclusion are becoming common among these sectors.

The project "European Ecosystem of Racism and Islamophobia" has been concluded that the EU-led work on racial, Islamophobia, discrimination and social marginalization, which is a threat to social unity in Europe, should be increased. Although there are many networks in Europe, there is not enough cooperative ground and has been observed. .

You can voluntarily join us to promote this project and contribute to such projects; you can contact us for more details! Join us Form

With corporate collaboration, you can make a meaningful contribution to us. Collaboration Form